Hey guys, so I heard some of you are complaining that we’re too many people from Europe and the world coming to visit or to live in « your » city, « your » neighborhoods, Kreuzberg, F-Hain, Neukölln, etc? Some of you are writing « Yuppies out » on the city walls and some of you are also insulting us sometimes? I am going to tell you very frankly what I think about you!

Firstly, I don’t know if you noticed but Germany lost World War II. You, the worst fascist country ever, having committed the biggest genocide ever, the biggest crime against humanity ever, you would come 60 later and assert your right to own your land and especially the capital of the IIIrd Reich, Berlin? I repeat for you: you lost the war, you have been severely and fairly defeated and punished for your crimes. The nations that beated you let you come back to civilization, we were kind of fair, we didn’t exterminate you and kill you all as you were killing everybody around and attacking the whole Europe, including my country, France, that you brutally invaded and where you also committed major crimes. All of that is still in my memory if it is not in yours. Berlin was divided in 4 sectors, one was english, one american, one french, one sovietic. You’ve been very lucky that we were generous enough to give you back the right to have a State and a main town. Now you’re complaining that we are too many foreigners living in Kreuzberg or Neukölln, and you pretend it’s yours and only yours? No guys, you’re deeply wrong here, Berlin is not yours, it’s like a collective property for the people who like culture and arts – certainly not xenophobic people like you. We’re generous enough to let you live here, not the contrary.

Secondly, and that’s a consequence, WE are making Berlin the great city it is now, reknown in the whole world for its creativity. It’s not reknown because of you german and türkish people because when it was just you living here then the city was not so interesting and not so attractive, it’s reknown and loved now because of all of us, that is : you germans, you türkish, and us europeans, us from the 160 nations of the world who have citizens living permanently in Berlin. Berlin is now the contrary of what the nazis made it. They wanted to make « Germania » the capital of german supremacy? It resulted in Berlin, the capital of european cosmopolitism, cultural freedom, communities sharing the same territory without big conflicts, reciprocal tolerance (like in the Görli Park when at the same time the yuppies chill and party while the türkish families have their meals and barbecues, which is great).

Indeed, if the city is now the great place that nearly everybody loves, it’s because we all invested some talent and money in it. You complain that the rents are rising, but you seem to not see that simultaneously we’re bringing many customers and much money to the german and türkish shops, bars, Getränke, museums, etc, and we’re also paying taxes (Steuer) to the Berlin Finanzamt you know, some money that’s invested in renovating the streets, keeping the parcs clean, paying the police, paying teachers and schools and Kitas. It’s a totally false idea that we’re making you poor, we are actually making you richer than you were. We’re thousands of foreigners in the same situation: feeding you, making our city more famous and more powerful than it has ever been. Did you prefer your city in the 80’s when all the houses had black, dirty walls, when so many streets and houses were in a bad condition and both Berlin sides looked like a prison, seriously? Ok, the rent was cheap, and the quality of the housing was very cheap too!!! Now, an average rent in Berlin is still lower than so many main and secondary cities in Europe, are you aware of that? The german economy is one of the healthiest in the world, once again you’re lucky, you’ve not been punished very long.

In the 30’s, under Hitler, Berlin was 4.5 millions people. Now, it’s 3.4. More than 1 million less, for a population that grew. This city has empty zones, unconstructed places, empty abandoned buildings. It has a big margin to grow, and to grow – since you in Germany do not make so many children, even if Berlin makes many, we’re bringing you some fresh and nice populations, among which some of the best people in european youths. I find it absolutely normal that Berlin, which is in the center of the European Union, grows again and attracts life again after the 50 years of complete schizophrenia. Hey, by the way, did you notice that the sovietic empire collapsed in 1989, and that Berlin became the german capital like it was before – with the agreement of France (read a bit about François Mitterand and Helmut Kohl)? Which directly lead to companies setting up here, following the government, and making the rents go up? You say it’s our fault and you judge our presence negatively, but actually what is going on in Berlin is a deep and very positive historical movement of normalization and improvement of the city life after all the scars of the past, we are not directly responsible for it because YOU decided to make Berlin your capital.

Thirdly, there is something you should consider. Our countries in Europe signed a treaty in Schengen, which set up the Schengen Area. It guarantees to any european citizen the freedom to live and work in the place of his/her choice inside the Schengen space. You Berliners have the right to live anywhere in France, Italy, Poland, Sweden, etc – there are 26 countries taking part to this deal. Once again, this is a great thing: instead of making war to each other like we did so much and so stupidly, self-destroying ourselves, this time we are sharing ressources. Please don’t spoil that big success with an intolerant, xenophobic and crypto-fascist or reactionnary attitude. You don’t have any right to cancel our generous and humanistic international treaties, which are actually benefiting you as much as us.

So guys, in conclusion, I think you should not be afraid of us since we bring you at least as much as we take from you. And there’s no you and us any more, we’re together on the same boat, in love with the same dream city so free and effervescent. Don’t tell us we’re not welcome because we know we are (for example, when we arrive here we can take some german lessons for cheap to get integrated: at least the city managers, if not you, know that we are a strength and not a threat for the city), and if you really don’t like us then just ignore us but let’s live in peace, and if you can’t bear us or pay your rent then go to Greece, I heard it became cheap there and the weather is definitely better, good luck, have a good trip 😉 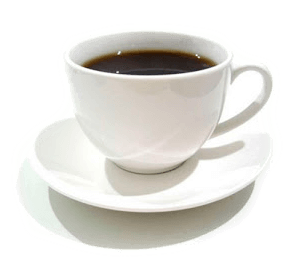